Integrated radar to counter the blind spot of the camera on the highway (December 22, 2020)

To overcome the disadvantages of the ITS (Intelligent Transportation System) system on the current highways, it is necessary to integrate radar into this system.

The intelligent transport system (ITS) including surveillance cameras is promoting efficiency in the management and operation of many highways in Vietnam. However, this system will face difficulties in extreme conditions, and need to be overcome soon by integrating the radar solution into the ITS system.

Great benefit from ITS system installation

At the end of June 2020, the Department of Traffic Police (Ministry of Public Security) organized inauguration, handing over the system of monitoring and handling traffic safety violations on the Hanoi – Lao Cai highway. Accordingly, 110 surveillance cameras have been installed at 87 monitoring points on this route.

Since the surveillance camera system was put into operation, it has helped the functional forces in the State management of traffic safety and order, sanctioning violations, and fighting crime prevention on the route.

Senior Lieutenant Colonel Nguyen Manh Thang, Team Leader of the Noi Bai – Lao Cai Expressway Patrol, said statistics from July 15, 2020 up to now, through the surveillance camera system, handling violations on the highway, single You have fined nearly 4,000 cases, including about 3,000 direct penalties. In addition, nearly 1,000 vehicle owners have come to pay a “cold fine” according to the invitation. 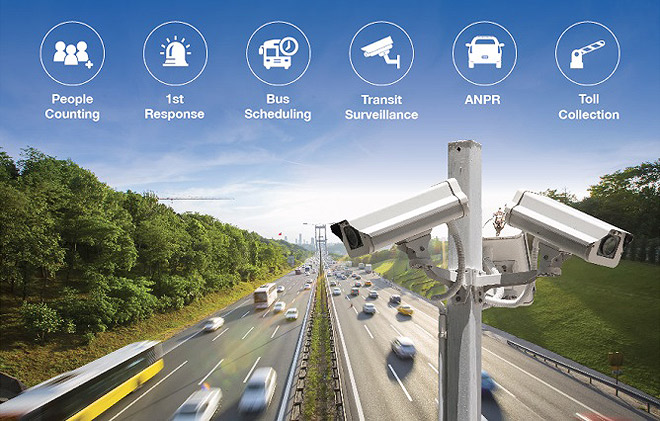 “On average, every day, surveillance camera systems on Noi Bai – Lao Cai expressway detect more than 100 cases of traffic violations. In addition to the speed violation, the cameras also recorded the error of entering the emergency lane, stopping improperly, going in the opposite direction, reversing on the expressway … ”, said Senior Colonel Thang, from When the camera system is installed, the violation handling teams at both ends of the expressway and at the toll booth are withdrawn from 6 to 3 officers and soldiers.

In addition, this surveillance camera system operates 24 / 24h, not only promoting effectiveness in handling violations, but also contributing to monitoring, helping traffic police to capture and handle arising situations. online.

Second is the surveillance camera system installed by the Ministry of Transport, the investor on other highways, typically the Hanoi – Hai Phong expressway invested by VIDIFI.

“For highways installed by the Ministry of Transport, the investor, the traffic police force also takes advantage of the infrastructure, image data on these routes to use for handling violations”, Major General Le Xuan Germany said.

Talking to the Traffic Newspaper, an expert said that the ITS system operating on the highways in Vietnam, despite bringing many great benefits, still reveals many limitations due to the limitation in technology used.

“The ITS systems deployed in our country only use the camera as a main device for traffic management and monitoring. Their disadvantages are limited ability to work in extreme conditions such as weather, light, smoke … as well as accuracy, automation, database creation. Literally speaking, the camera system is having to carry over the tasks compared to the requirements set out in TCVN 10850: 2015, not to mention the requirement of the system reserve, ”said the expert.

Optimize efficiency when integrating radar into ITS systems

According to this expert, to overcome the disadvantages of the ITS system on the current highways, to ensure that the technical requirements in the current standards are met, the most suitable solution is to integrate the radar into the system. ITS system.

Because, for many years, the auto industry has popularized the equipment of radar sensors, first of which are anti-collision rib sensors to help drivers always have a “blind spot” assistant.

“As soon as radar sensors became popular, radar technology was also integrated into intelligent traffic systems and was seen as a perfect technical solution combined with camera systems to enhance surveillance capabilities. Traffic management on highways is comprehensive, continuous, real-time.

This technology has been deployed in many highways, main traffic axes, road tunnels in many countries around the world such as Korea, China, New Zealand, UK, Italy, Australia, Norway … Even Some countries with quite similar infrastructure to Vietnam are Thailand, Egypt “, the expert cited and said that early application of integrated radar solution into the ITS system not only brings efficiency socio-economic results in optimal exploitation of roads and road networks, increasing service levels for people in traffic, but importantly helping to reduce traffic accidents.

Regarding the North-South expressway project that is under construction, talk to the Traffic Newspaper, Mr. Dao Ngoc Vinh, Deputy General Director of Transportation Engineering Consulting Corporation (TEDI – project formulation consultant) for Recently, the Ministry of Transport has approved the investment project of ITS system for North – South expressway component projects. Mr. Vinh affirmed: “Already a highway, we must definitely invest in an ITS system to maximize efficiency when put into operation”.

According to Mr. Vinh, the ITS system serves a lot of benefits for the highway management and operation units in monitoring and regulating traffic; signaling incidents on the road for vehicles … However, Mr. Vinh said that the ITS system being applied in some highways currently has the disadvantage that the camera will be difficult to accurately detect the vehicle in extreme conditions (fog, smoke …) to incident warning. Therefore, it is necessary to integrate more radar technology into the ITS system to maximize efficiency in highway monitoring and operation. “Currently, the Ministry of Transport is studying and considering to include solutions to integrate radar into the ITS system for North – South expressway projects”, Mr. Vinh said. According to PV’s research, in Clause 2, Article 2, Resolution No. 52/2017 of the National Assembly on the North-South East Expressway project in the period of 2017 – 2020, also stated: “The project applies advanced technology modern, safe, synchronous, quality and efficient requirements ”. That shows, the integration of modern radar technology to operate the North – South Expressway is very important and necessary.